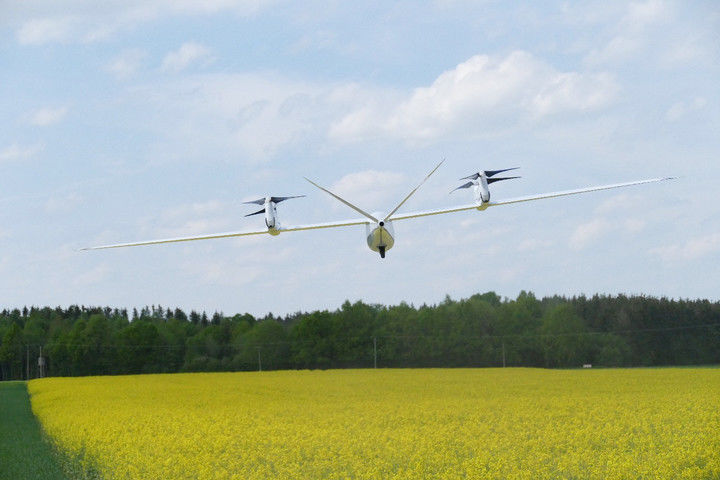 The Quantum TRON Takes Off Vertically and Flies Horizontally

While standard quadcopter drones can fly horizontally, they do so by tilting their entire body forward, reducing their aerodynamic efficiency and thus their speed. Since the Quantum TRON can adjust its propellers in the air, it is able to fly straight ahead without having to tilt its body. The result is a far more plane-like, aerodynamic unmanned aerial vehicle.