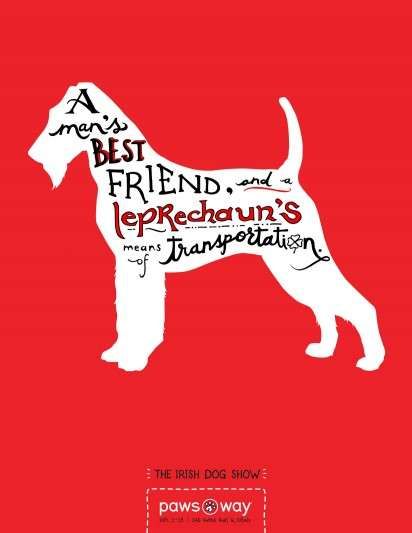 The Purina Pawsway Campaign is Animalistic and Minimalist

Meghan Young — December 6, 2011 — Marketing
References: loweroche & ibelieveinadv
Share on Facebook Share on Twitter Share on LinkedIn Share on Pinterest
The Purina Pawsway campaign harolds a time for true pet appreciation through a series of dog and cat shows that will steal anyone's heart away. Considering that this is the season for family, love and joy, it is only natural that people should celebrate their favorite furry animal as well.

Ad agency Lowe Roche, which is based in Toronto, Canada, decided to go a simple route when advertising these pet shows. The Purina Pawsway campaign centers around minimalist posters that are conveniently red and white, which slightly alludes to the holiday season. Simple silhouettes of a dog, puppy and cat represent the different shows (Irish Dog, Little Paws and Cat) while also providing an interesting blank slate to place cute tag lines such as "Just like a dog show only way more catty."
4.9
Score
Popularity
Activity
Freshness
Attend Future Festival