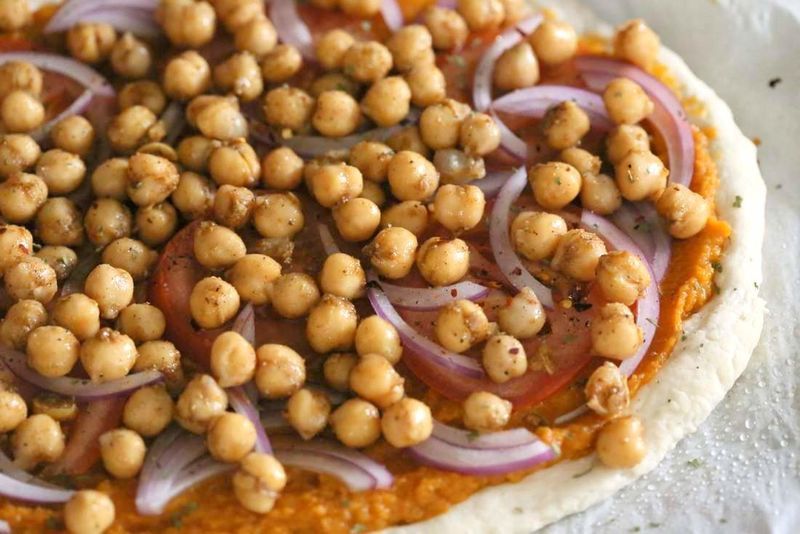 M — October 15, 2015 — Lifestyle
References: veganricha & veganricha
Share on Facebook Share on Twitter Share on LinkedIn Share on Pinterest
This homemade pumpkin pizza is an unconventional savory take on the popular gourd that is often found during the fall season to be used in sweet baking dishes. The pumpkin is incorporated into a homemade sauce that replaces a traditional tomato base along with unusual toppings such as chickpeas and basil.

They say nearly anything can work on a pizza and this pumpkin version proves that this notion is in fact very true.The pizza begins with a rolled dough topped wiht a homemade aromatic pumpkin sauce made with pumpkin puree infused with cumin, garlic, garlic, oregano, sage and thyme. Added onto the pizza is a medley of spiced chickpeas infused with cinnamon, cayenne, lime juice, garlic, oil and paprika. The chickpeas act as the protein alongside other veggie toppings such as mushrooms, onions and zucchini.
1.6
Score
Popularity
Activity
Freshness
Get Trend Hunter Dashboard