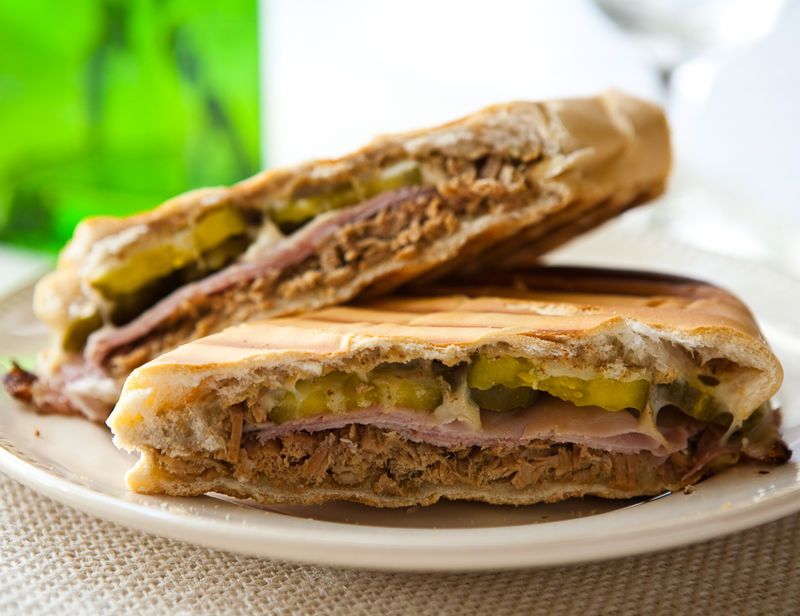 This Cuban Sandwich is Inspired By Hispanic-American Culture

This Cuban pulled pork sandwich is stuffed with exceptionally tender and succulent pulled pork, black forest ham, melted Swiss cheese, yellow mustard and crunchy slices of dill pickle, all served in a freshly grilled baguette. As far as sandwiches go, they don't come as well-rounded as this particular offering in both the flavor and texture categories. The sandwich is the highlight of McAlister's Deli new summer introductions, which also include a Key Lime Pie and Key Lime Lemonade beverage.

McAlister's Deli is promoting its Cuban pulled pork sandwich as a celebration of Hispanic-American culture. It's clear that this sandwich continues the 27-year-old deli chain's tradition of innovation in flavor.