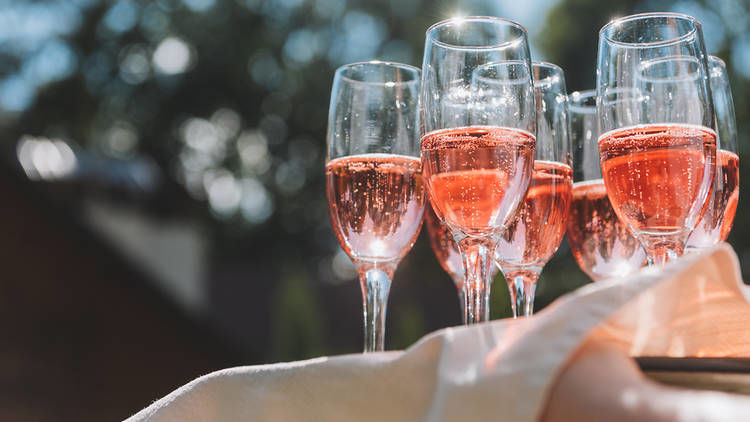 For the First Time, Italy is Approving the Production of Prosecco Rosé

Laura McQuarrie — May 27, 2020 — Lifestyle
References: timeout & foodandwine
Share on Facebook Share on Twitter Share on LinkedIn Share on Pinterest
Prosecco, the sparkling wine of Italy, can only come from the Friuli or Veneto regions in the north-east of Italy and now, after years of discussions, Prosecco Rosé is on its way. As ever, there will be limitations in place to keep Prosecco Rosé strictly Italian, as an official announcement states that sales will only be allowed from the 1st of January after the harvest, and the product must be made from a majority of white Glera grapes.

Within the last few years, rosé and pink-colored spirits have become immensely popular and Prosecco Rosé is sure to capture the interests of drinkers. Prosecco Rosé is being introduced at a tough time for the wine industry and it’s estimated that there will be up to 30 million bottles of Prosecco Rosé produced annually.