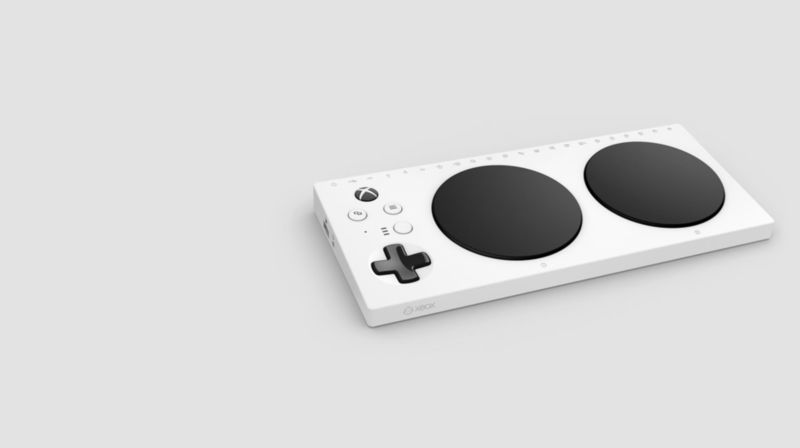 Justin Lam — May 15, 2018 — Tech
References: windowscentral & theverge
Share on Facebook Share on Twitter Share on LinkedIn Share on Pinterest
Gaming has exploded in popularity and Microsoft is hoping to make it easier for those with disabilities with its new accessibility Xbox controller, dubbed the Project Z controller. To make the controller more user-friendly, the Xbox team increased the A and B pads to be quite oversized, replaced the analog stick with a d-pad and enlarged the navigation and start buttons. The proposed controller has only been leaked at this point, but it is expected to be officially shown at E3 2018.

The leaked image provides a decent amount of context to the final controller, with oversized buttons and a three-light LED indicator, but there is also quite a bit to be explained. A variety of inputs litter the top of the Project Z controller that will most likely be programmable for other controls. A USB port can be seen on the side of the Project Z controller which lends greater cadence to the idea of programmable buttons.