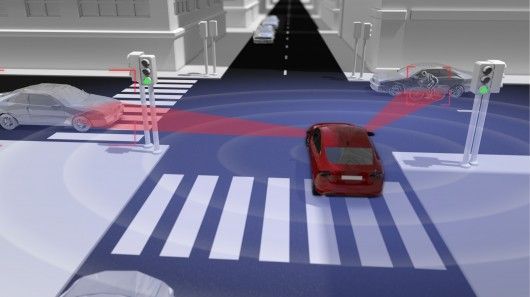 The system functions as a virtual co-pilot by using sensors to provide comprehensive 360° surveillance of the area around the car every 25 milliseconds. It can even predict events, including the path of vehicles and pedestrians, up to five seconds in advance.

The core of the Project 360° technology is a framework dubbed 'Sensor Fusion'. This technology allows data from cameras, radars, GPS and other sensors to be shared efficiently. It also allows drivers to access threat warnings and suggestions of alternative courses of action to avoid accidents. Incredibly, it is also capable of carrying out automatic steering and braking in the event that the driver doesn't respond.

The technology is aimed at both consumer vehicles as well as larger commercial vehicles. It could be particularly useful in trucks, whose drivers have dangerously limited fields of vision. The technology is still being tested and is unlikely to be deployed for another five to ten years.
2.7
Score
Popularity
Activity
Freshness
Attend Future Festival