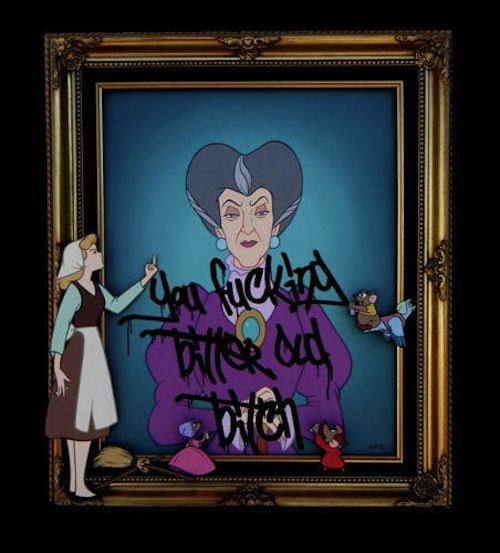 Meghan Young — August 4, 2014 — Pop Culture
References: laluzdejesus & designtaxi
Share on Facebook Share on Twitter Share on LinkedIn Share on Pinterest
Corrupting childhood memories is something that comes naturally to artist Jose Rodolfo Loaiza Ontiveros; these profane Disney princesses are just the tip of the iceberg. He has imagined them and more in subversive situations that encourages people to rethink their past as well as the messages propagated by such a corporation.

In his latest series titled 'Profanity Pop,' these profane Disney princesses and other iconic cartoon characters interact with great works from antiquity. As La Luz De Jesus Gallery puts it, "Universal themes are once again narrated by beloved animated characters, but in the guise of the divine and with all the fragility of martyrs. Away from the paradise of happy endings, the pastel sprinkled drama takes on a vulnerability that juxtaposes subversively with situations never similarly interpreted."