Chocolate For Gamers
Next
Set of
Related
Ideas 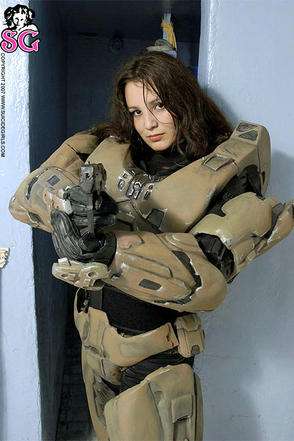 Experts Dish on Preferred Snacks and How to Pick Up Girls

Going Like Sixty — March 6, 2009 — Tech
References: asylum
Share on Facebook Share on Twitter Share on LinkedIn Share on Pinterest
The stereotype of overweight guys with bad hair spending hours at a screen with a controller in their hand is true. But that doesn’t mean they don’t have standards when it comes to snacks. Avoid grease. Pizza is a definite no-no, as it affects the behavior of any sophisticated track ball.

So what is OK? Dr. Pepper and Goldfish are preferred by 18-year-old pro gamer Brian Rizzo, aka “Legit,” a “Halo 3” master and member of Str8 Rippin, the 2008 MLG national champions.

35-year-old Steve Sobe, a three-time “Golden Tee” national champion, says that eating during competition is not allowed. Liquids are, but Sobe keeps all drinks far away from his controller, saying

“If you spill a drink on a trackball, it’s pretty much ruined and will need to be replaced.”


The two top gamers also give advice for landing chicks, like the ones in the gallery above.
3.6
Score
Popularity
Activity
Freshness
Attend Future Festival