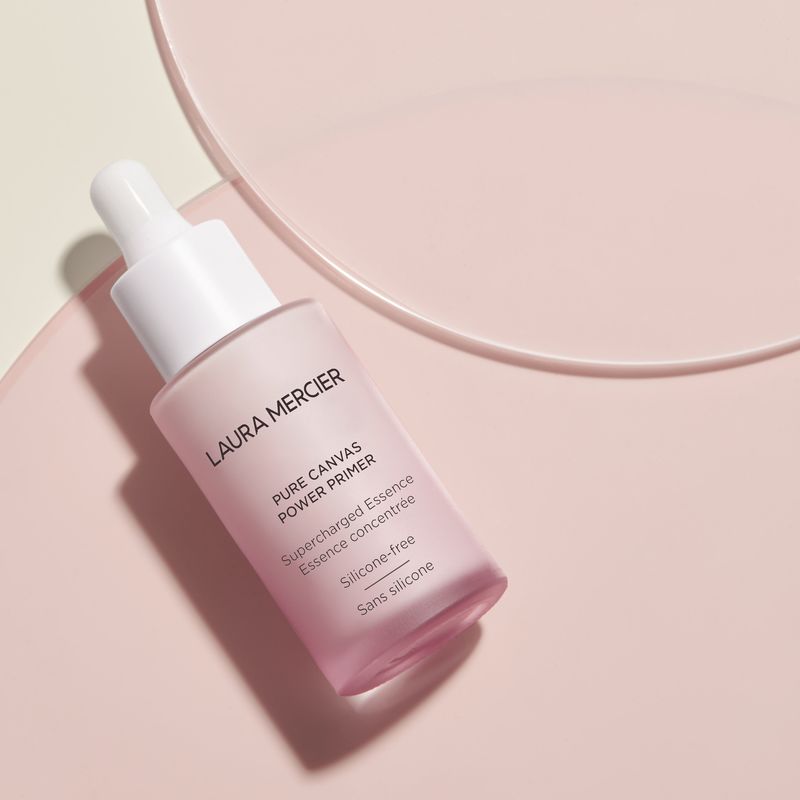 Kalina Nedelcheva — April 1, 2020 — Fashion
References: lauramercier
Laura Mercier has launched a priming essence that features "an ultra-smoothing and visibly soothing complex" to bring about the best possible complexion in the user. Dubbed the 'Pure Canvas Power Primer Supercharged Essence,' the product distinguishes itself with a milky texture, as well as a formula that is "superfine and supercharged." Once applied, the substance is said to melt on the user's skin.

The priming essence creates a flawless canvas for makeup application. Laura Mercier's product also contains Marimo Pearl which reflects light, guaranteeing a "picture-perfect look from every angle." In addition, the priming essence also features some Rejuvenating Beauty-Boosting peptides, allowing the product to not only make claims in the space of complexion enhancement but also in that of anti-aging.
3.7
Score
Popularity
Activity
Freshness