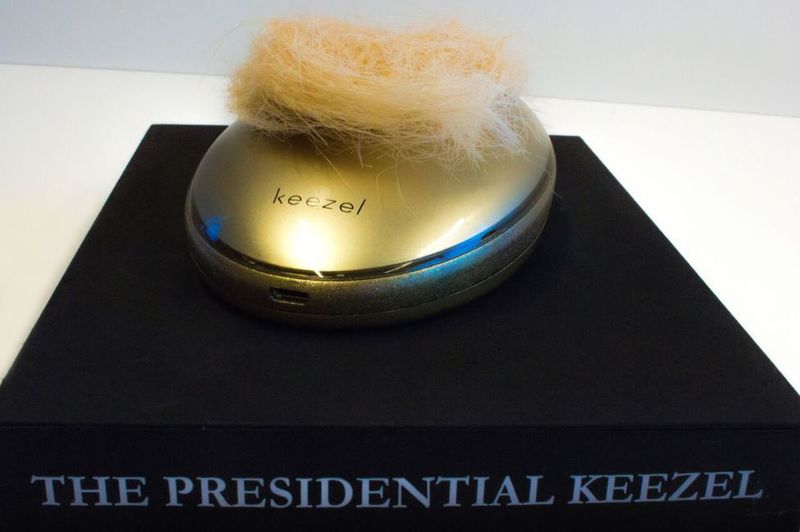 The Presidential Keezel is a Limited Edition Product at CES 2017

Joey Haar — January 3, 2017 — Tech
References: keezel.co
Share on Facebook Share on Twitter Share on LinkedIn Share on Pinterest
Though Keezel is known for the technological backing behind its VPN devices, the limited edition Presidential Keezel on display at CES 2017 is most notable for its aesthetics. The device still engenders internet privacy, but its real appeal is its gold shell and tuft of flaxen hair -- references to Donald Trump, the president-elect of the US.

The standard Keezel is designed to secure one's internet access on any device, anywhere. Simply by pushing a button on the device, Keezels encrypt users' connections and protect their online data from hackers. They also prevent ISPs or network admins from looking at users' activity.

Though the Presidential Keezel might seem an odd reference at first, it isn't totally random. Ten percent of profits made on the Presidential Keezel will be donated to the Electronic Frontier Foundation, a non-profit dedicated to protecting the internet from big government privacy invasions.
3.8
Score
Popularity
Activity
Freshness
Get Better and Faster