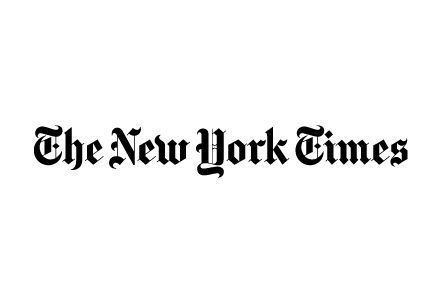 Misel Saban — October 20, 2014 — About
References: nytimes
Share on Facebook Share on Twitter Share on LinkedIn Share on Pinterest
Trend Hunter's President Shelby Walsh was recently asked by The New York Times to share her thoughts about the concept of death repeatedly popping up in art, fashion and pop culture. The macabre subject often spikes the interest of many especially around the time of Halloween when sinister themes and ghoulish archetypal characters become a primary source of inspiration.

Themes of mourning, death and decay in fashion tend to showcase the world from a more realistic perspective. According to Walsh this dark outlook is drastically different than the ideal depiction of life that consumers are use to seeing on social media accounts like Instagram. Costume conservator Miriam Murphy has helped curate an exhibit at the Metropolitan Museum of Modern Art titled, 'Death Becomes Her: A Century of Mourning Attire' that explores similar themes through costume design.

Flirting With the Dark Side

Miriam Murphy, a costume conservator, sat bent over a cutting table at the rear of the Metropolitan Museum of Art the other day, laboriously reapplying sequins to a silk chiffon mourning gown that last saw light when Queen Alexandra of England wore it in 1902.

That shimmering dress, along with some 30 somberly modish 19th- and early 20th-century garments, was being resurrected, lovingly readied for a second life as part of the museum’s fall exhibition, sassily entitled “Death Becomes Her: A Century of Mourning Attire.”

The show’s opening on Tuesday, just in advance of Halloween, was pure happenstance, said Harold Koda, the curator in charge, the exhibition itself born of his interest in extreme fashion silhouettes, but refocused when the Met acquired a selection of mourning costumes from the Brooklyn Museum.

“But a show on mourning would he appropriate any time,” Mr. Koda said. “Mourning, if you take a superficial view, is incredibly chic.”

Indeed, bereavement and its handmaiden, melancholy, seem to be sharing a moment of late, taking center stage or hovering in the wings of several current museum exhibitions, on television shows and in films, and in fine art and music, lending a whiff of glamour to a topic most people would prefer to ignore. That aura may partly explain why in recent months many Americans have suspended their dread of the D word to indulge a romance with the Reaper.

“There is this darker feeling, a pervasive sense of melancholy in culture and fashion,” said Shelby Lee Walsh, the president and head of research at the Trend Hunter website — perhaps an acknowledgment, Ms. Walsh said, “that life isn’t as wonderful as we see it portrayed on our Instagram accounts.”