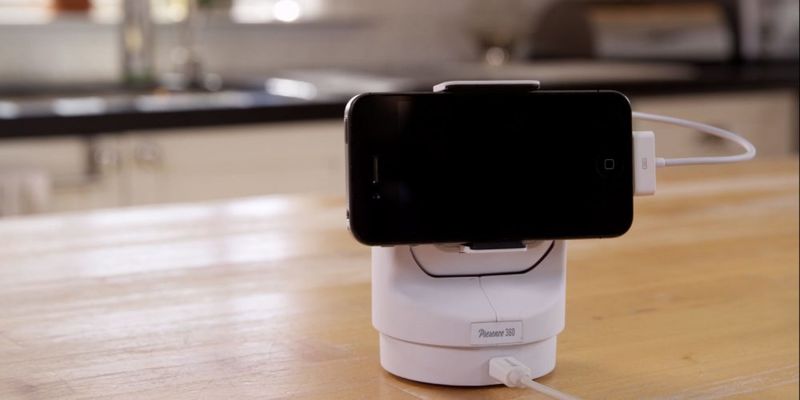 Joey Haar — September 23, 2016 — Tech
References: indiegogo & electronichouse
Share on Facebook Share on Twitter Share on LinkedIn Share on Pinterest
Smartphones have been around for years now, and most families have at least one old and unused device between them, so the Presence 360 is taking advantage of that to help people get a comprehensive home security system. Rather than providing a camera, the Presence 360 is a swiveling base that can hold a smartphone and rotate it 360 degrees, turning old phones into home security cameras.

The system works through the use of an app. After downloading the Presence 360 app on a primary phone, users can control the physical device, tilting and swiveling it at the press of a button. As for the device itself, it has a clamp that can be adjusted to accept many different types of phones, and it comes with a USB port so that, with the correct cable, any old phone with a functional camera can be incorporated.
6.2
Score
Popularity
Activity
Freshness
Attend Future Festival Virtual