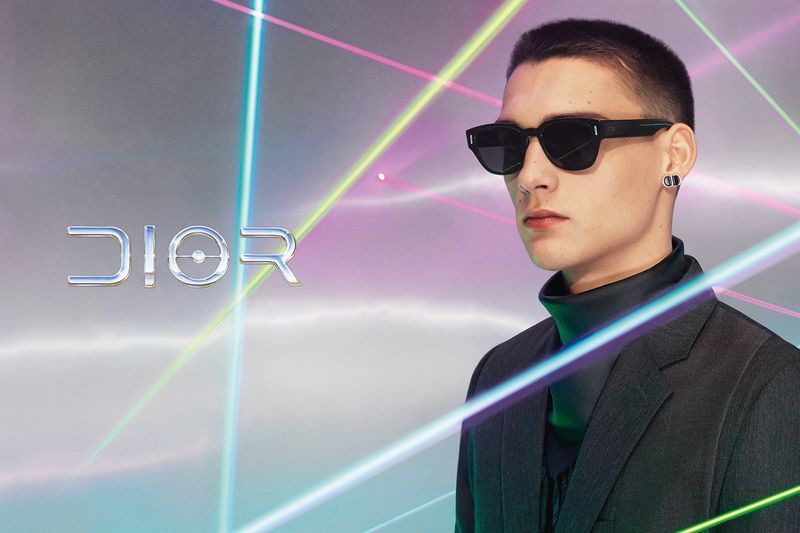 The seasonal pieces made its original debut back in November last year during a Kim Jones presentation, with the show set with metallic walls and colorful laser beams. The editorial follows the same sci-fi theme with collaborative efforts by Hajime Sorayama, a Japanese artist. The campaign follows his work and own iteration of the fashion house's logo reimagined to be a metallic version with a hypnotic eye replacing the "O." This is also seen adorning a selection of fashion designs as well, including the turtleneck sweater, saddle bag, and trench coat.