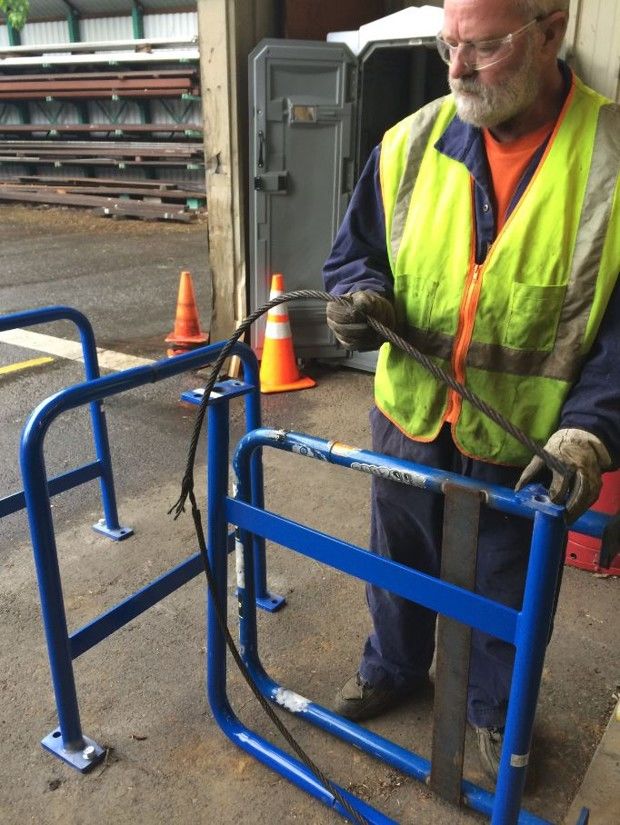 Ellen Smith — June 13, 2017 — Eco
References: portlandoregon.gov & citylab
Share on Facebook Share on Twitter Share on LinkedIn Share on Pinterest
Portland's bike racks will be re-designed to ensure bike thieves can't cut through them. Bike-friendly city Portland is home to more bike parking than any other city in North America, but with this, comes an increased opportunity for bike thieves. After noticing some relentless crooks target bike racks to steal multiple rides, the Portland Bureau of Transportation decided to re-imagine bike security through a thief-proof design for not the bike lock, but the bike rack.

The new bike racks look like the old ones, however they come equipped with a "free-floating, steel-wire cable routed through the hollow steel piping of the rack,” the wire moves as its being cut, making it nearly impossible for thieves to cut through. For extra security, the city implemented a bar 10 inches above the ground which prevents the bolts from being unscrewed, or a U-lock slipped off.

The redesign of these thief-proof Bike racks saves cyclists from losing their bikes, and the city from having to replace the racks.
3.6
Score
Popularity
Activity
Freshness
Jeremy Gutsche Keynote Speaker