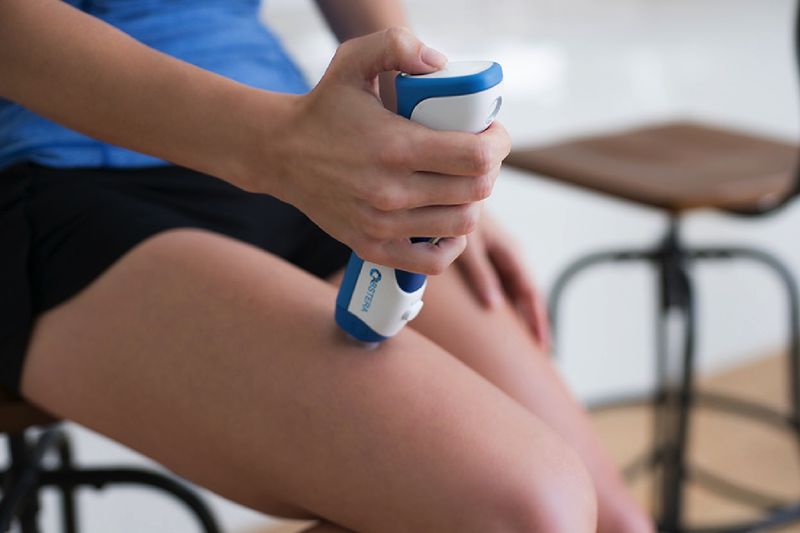 Joey Haar — December 15, 2017 — Tech
References: portalinstruments & digitaltrends
Share on Facebook Share on Twitter Share on LinkedIn Share on Pinterest
Acupuncturists and tattoo artists are pretty much the only people who enjoy needles, so for the rest, Portal Instruments has created an ingenious alternative. The company's new injection device, called 'Prime', uses a nearly supersonic jet stream to administer subcutaneous drugs without a needle.

To inject patients, Prime fires its solution at a speed of Mach 0.7, which is approximately equivalent to the cruising speed of a commercial airliner. Though that might sound nearly as intimidating as a needle, the jet stream is incredibly fine, with a diameter thinner that a strand of hair. The stream still pierces the skin, but its needle-free nozzle has the potential to remove pre-injection anxiety for patients.

Portal Instruments is a startup borne out of MIT, where much of the technology behind its poster device was developed.
6.4
Score
Popularity
Activity
Freshness
Attend Future Festival