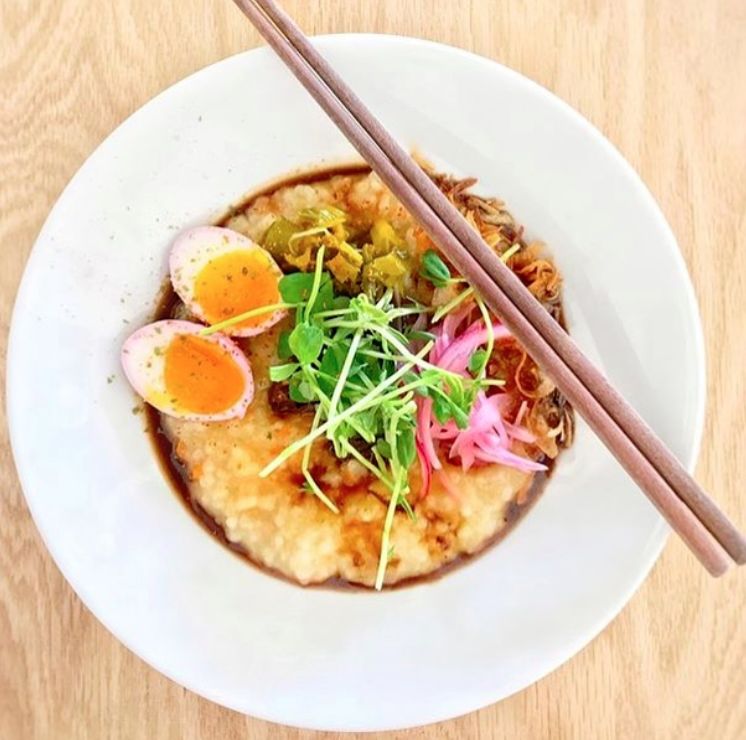 Porridge & Puffs Boasts the Popularity of the Porridge Dish in La

Kalina Nedelcheva — July 10, 2019 — Lifestyle
References: porridgeandpuffs & lamag
Share on Facebook Share on Twitter Share on LinkedIn Share on Pinterest
The elevated porridge dish has seen a surge in popularity in Los Angeles and it is evident that its inherent simplicity and its traditional ingredients are at play here. Among the many restaurants in the city that pay homage to this timeless meal, Porridge & Puffs is perhaps one of the more noteworthy ones. Initiated as a pop-up, the now brick-and-mortar eatery serves a porridge dish that is inspired by Vietnamese heritage.

Minh Phan — the restaurant's founder, holds that the minimalist cuisine is on the rise because consumers feel varying degrees of nostalgia toward it, but also experience some curiosity with regards to the grain used to make each porridge dish. In fact, the focus on ancient grains as ingredients "has facilitated the creativity behind elevated porridge."