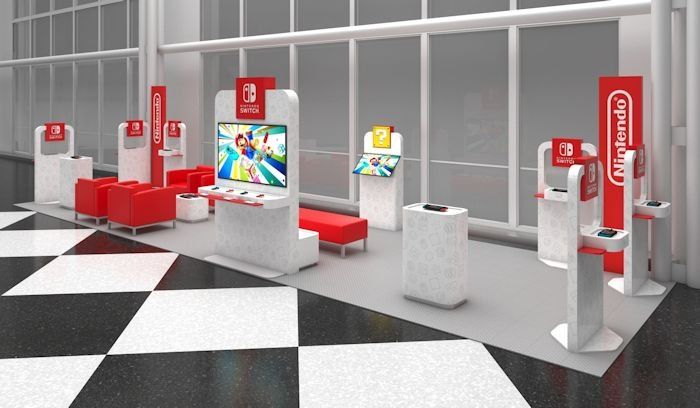 Michael Hemsworth — February 12, 2020 — Tech
References: nintendo & geeky-gadgets
The Nintendo Switch pop-up lounges have been announced by the brand as a way to help offer travelers with a touch of entertainment when hitting the road for a vacation or trip. The airport gaming lounge will allow travelers to take a moment to play games on the Nintendo Switch or Nintendo Switch Lite consoles including Mario Kart 8, The Legend of Zelda: Breath of the Wild, Super Mario Party and Super Mario Odyssey. The pop-up will even allow travelers to purchase consoles and games, which will be shipped to their home instead of being immediately available.