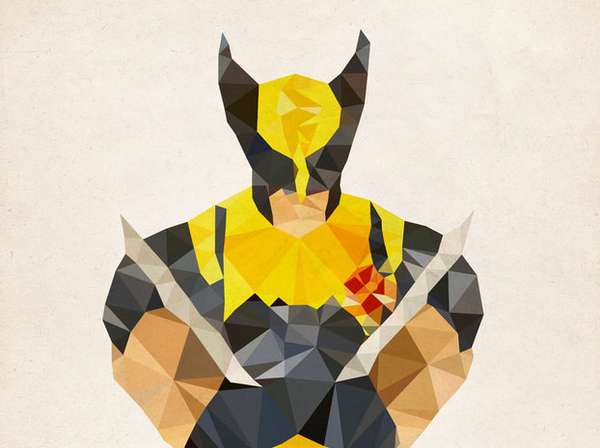 Jason Soy — February 28, 2012 — Pop Culture
References: society6 & coolmaterial
Share on Facebook Share on Twitter Share on LinkedIn Share on Pinterest
It’s a testament to comic books’ popularity that pretty much anyone can name the superheroes in this Polygon Heroes series, despite it being just a collection of jagged shapes. Wolverine, Hulk, Batman, Flash, Superman, Thor, Iron Man, Wonder Woman and Captain America have all been given this quirky geometric treatment and now resemble stained glass windows more so than super-powered human beings.

Polygon Heroes was made by The Blackening Co., whose currently selling prints of these colorful graphics over on their Society6 page. Each portrait comes on a plain beige background, which only makes the visuals pop that much more off its pages.

And if superheroes aren’t your thing, The Blackening Co. even offers a series based on the Teenage Mutant Ninja Turtles using a similar style.
6.1
Score
Popularity
Activity
Freshness
Jeremy Gutsche Keynote Speaker