35 Gift Ideas for the Disney Fanatics 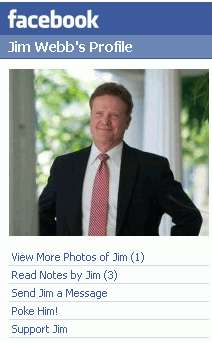 â€œMoving to Facebook is something we have thought about.â€

This could be a huge mistake, and leave him eating his competitors' dust.

Think that's impressive? Liberal Leader Stephane Dion has added over 5,000 buddies on Facebook. Trailing far behind is Elizabeth May from the Green Party; she only has 200 on her list. But hey, at least she's keeping with the times.

MPP Gilles Bisson, on the other hand, is so out of the loop, he doesn't even know what Facebook is. â€œIs it like one of those blogs?â€

After posing the embarrassing question to The Daily Press, he further diminished his opportunities of connecting with a younger audience. â€œI'm not into that: We've been looking into technology and how we can use it, but we've never gone into those blog sites.â€

As the Timmins Daily Paper reported, â€œPoliticians from all parties have been creating profiles on the site recently.â€

Want to add your party's leader to your contacts? Be wary. Just like there are fake celebrities on social networking sites, so too are there people posing as politicians. There are several Stephen Harper profiles out there, for example.

Coun. Gary Scripnick confirmed his profile is real, although he hasn't added a photo or any other personal information yet. His son is helping him with the account.

Following in his dad's footsteps, he's also â€œcreated a network for young Liberals.â€ Scripnick thinks it's a good tactic for the upcoming provincial election.

Timmins Mayor Tom Laughren understands why local politicians are joining, but he also told the Timmins Daily Paper he has no plans to create a profile of his own.

â€œWe do live in that age and (eventually) there's going to be a generation that does everything online.â€

In the U.S. political leaders have already caught on to the trend, including Senator Jim Webb.

Are they just trying to appeal to a younger demographic, or could the truth be that these leaders are as hooked on social networking sites as the rest of us?
3.3
Score
Popularity
Activity
Freshness
Get Better and Faster