Paintings Made With Tar
Next
Set of
Related
Ideas 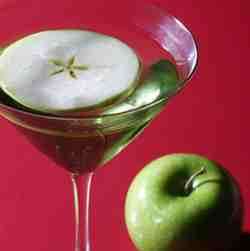 Found in Copenhagen this bar is much hyped and interior touches have been added by everyone who is everyone including Olafur Eliasson, Ceal Floyer, Douglas Gordon, Jesper Just, Robert Stadler and Dan Graham.

From the bar’s perspective, the pricing is a work of art. In fact, the pricing was created as an art ‘piece’ by artist Kenneth A. Balfelt. The artist created a ‘price policy’ that “experiments with the relation between price and social structures”. The prices are determined by how you look and who you are with. The waiters and bartenders are the judge and jury.

Well I am up for a bit of “woman on woman” action if it means cheaper drinks.

Here are some examples of the pricing:

- Homeless get a discount on cafe cortado

- Gay couples who French kiss for 30 seconds get a discount on apfelschorle.

- Immigrants and Asians who speak Danish as well as blacks in company of whites get various discounts.


There is an update to this concept with an outstanding 'pay as you weigh' scheme from an article in the Sun Newspaper. Entitled "Fatter bill for fatties" it was reported that a hotel, Oulton Hall in Leeds, is weighing its customers to determine how much children will have to pay to eat there.

For example, a child weighing 10 stone would have to pay double the amount of one weighing five stone. The hotel says it is a "fun way to help parents beat the credit crunch".

Professor Paul Gateley says "It's a cheap shot and they could ultimately end up shooting themselves in the foot".

Solitude-Themed Hotel Promotions
Hotels.com is Offering a 'Get A Break Rate' for Feuding Couples