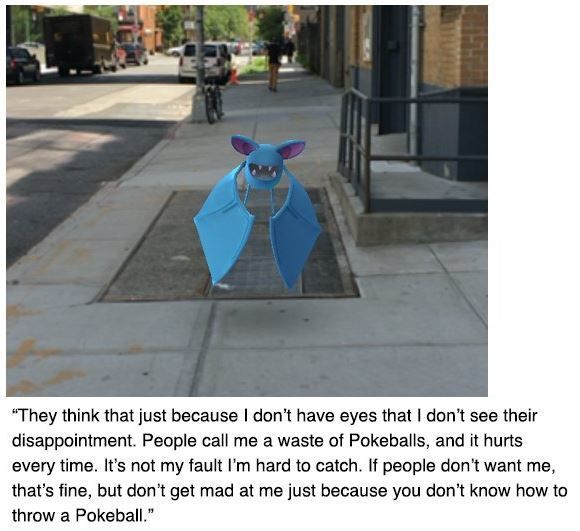 Like the people featured on HONY, the 'Pokémon of New York' have quotes that show their innermost insecurities and personal goals on their pictures. The Pokémon creatures explain their lives in the city, with one saying: "They think that just because I don't have eyes that don't see their disappointment. People call me a waste of Poké Balls, and it hurts every time."

The eyeless bat, shown standing on a sidewalk grate, continues the story with reference to the frustration Pokémon Go players experience, saying: "It's not my fault I'm hard to catch. If people don't want me, that's fine, but don't get mad at me just because you don't know how to throw a Poké Ball."
5.8
Score
Popularity
Activity
Freshness
Get the 2021 Trend Report FREE