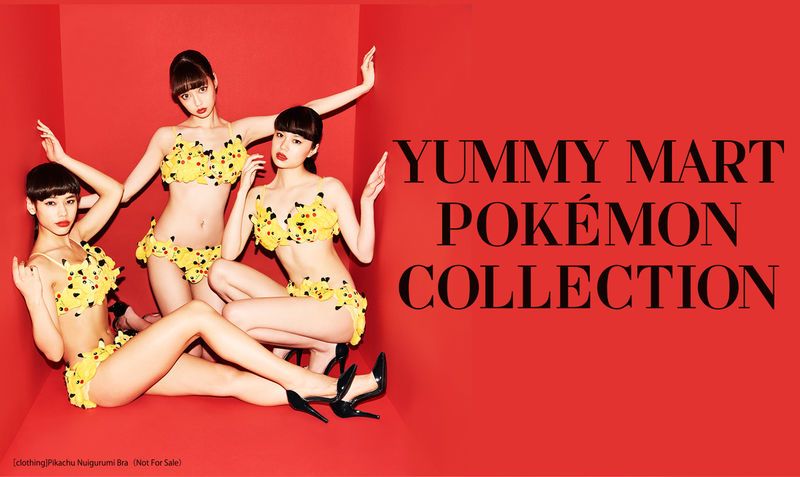 Katherine Pendrill — April 18, 2016 — Fashion
References: peachjohn.co.jp & bustle
Share on Facebook Share on Twitter Share on LinkedIn Share on Pinterest
In honor of its 20th anniversary, the Pokémon Company is launching a Pokémon lingerie line. Despite having been around for two decades, the anime series is still extremely popular in Japan and abroad. Now Pokémon fans can take their obsession to the next level with sleepwear inspired by the famous anime characters.

The new Pokémon lingerie collection is part of a collaboration with Yummy Mart, which is a branch of the Japanese online retailer Peach John. The collection largely revolves around Pikachu, which is one of the most recognizable Pokémon characters. These Pikachu-themed items include cozy pajamas, underwear and sleep accessories, all of which pay tribute to the popular series.