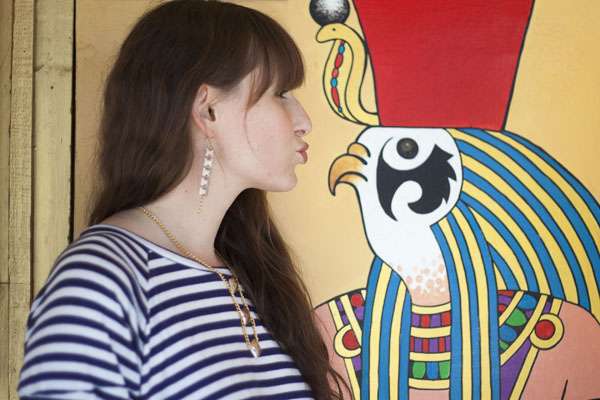 The PLTNYC Fall 2011 Lookbook Draws From the Desert

Meghan Young — August 19, 2011 — Fashion
References: pltnyc & refinery29
The PLTNYC Fall 2011 lookbook appears to be celebrating the fact that the clothing company is now a bi-coastal brand by embracing a strong San Francisco undertone for this shoot. First of all, it stars San Francisco native blogger and girl-about-town Ashley Ording as the model and is even shot in a local restaurant, which is appropriately Egyptian-themed.

Designed by Lirany Vasquez (who will now be splitting her time between California and New York) the PLTNYC Fall 2011 collection is inspired by the Ancient Egypt era. Influenced by the style of Alexa Chung and Zooey Deschanel, Vasquez created a line that is both flashy yet feminine, which a chic, bohemian flair.