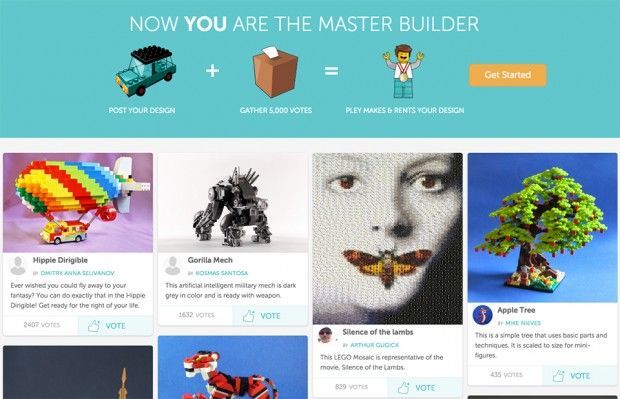 PleyWorld is a Crowdsourced Toy Design Site for LEGO Playsets

Laura McQuarrie — February 4, 2015 — Life-Stages
References: pleyworld & technabob
Share on Facebook Share on Twitter Share on LinkedIn Share on Pinterest
PleyWorld is a crowdsourced LEGO set design website that's just been launched by LEGO rental company Pley. With a good idea and 5,000 votes to support the creation of a particular set, PleyWorld will make the set available for purchase or rental. Ideas that have been contributed to the site include kits to build trees, fantastical characters, architecture and robot-like creatures. So far, there's a lot of activity and excitement within the community, especially since there's the possibility to see one of your concepts turned into a real product.

While LEGO does have its own official version of this concept in the form of LEGO Ideas, the site seems to have gone stagnant, especially since the last staff pick on the platform was chosen way back in the spring of 2014.
0.9
Score
Popularity
Activity
Freshness
Access Advisory Services