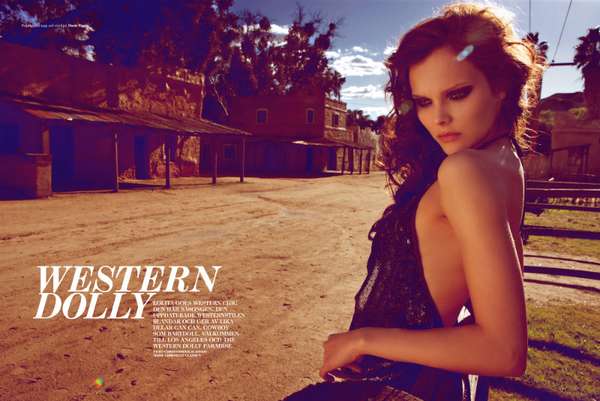 Instead of strictly adhering to the Western theme, the Plaza Kivinna 'Western Dolly' cover shoot plays with it in such a way that it almost appears as though model Julia Valimaki has somehow been transported through time from a modern era to an old world one. The dirt roads and dilapidated buildings of a Latin town may provide the perfect cowboy setting, but the clothes the Finnish beauty dons is contemporary and couture, not something a person would typically find in such a place.
5.8
Score
Popularity
Activity
Freshness
Jeremy Gutsche Keynote Speaker