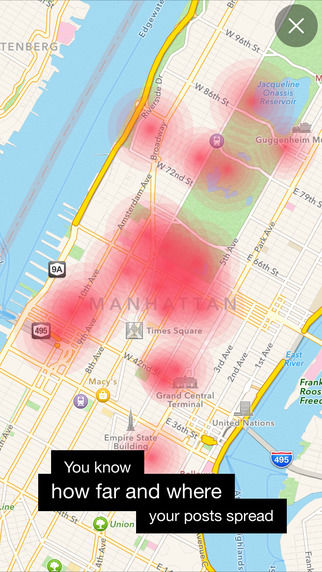 Laura McQuarrie — January 20, 2015 — Marketing
References: itunes.apple & plague.io
Fittingly named Plague, this social networking app is designed to spread viral content among people. Unlike a lot of social networks, the app doesn't allow you to make friends or follow specific users. Instead, the app creates a level playing field for all users and content.

Things that can be shared on Plague include text posts, photos and links. Then, like a virus you can slowly watch as the content becomes more popular and spreads like wildfire over your local region and perhaps eventually the world. One fun aspect of Plague is that it assigns users an "infection index," which gamifies the process of sharing content that others will find meaningful or interesting. To give newcomers a head start, anything they share is automatically shared with four other Plague users.
3.6
Score
Popularity
Activity
Freshness