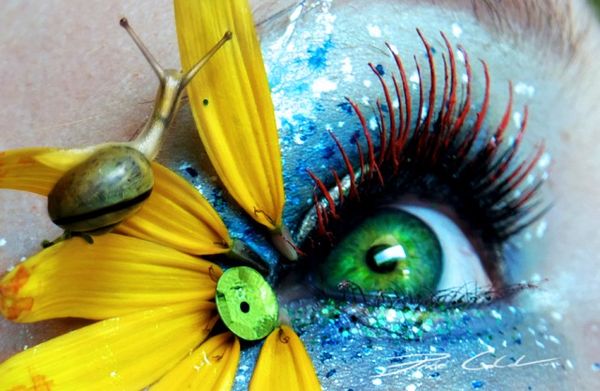 It was more than a little bit of eyeshadow, eyeliner and mascara that were necessary for creating these looks, for paint, glitter, jewels and all sorts of other unconventional accessories were incorporated. Feathers and flower petals are some of the softer elements used in PixieCold's eye makeup projects, yet you'll also see miniature shells and fruits, and even little insects.

Each eye has a spectacular and often natural theme that makes a dazzling and dramatic optical impression. One of the body's most intriguing features is rendered even more fascinating and fabulous.