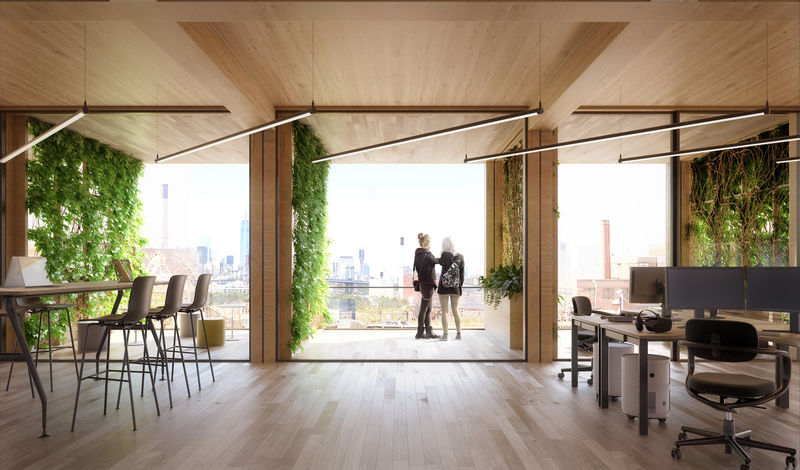 Joey Haar — May 7, 2018 — Art & Design
References: archdaily
Share on Facebook Share on Twitter Share on LinkedIn Share on Pinterest
Ever since the businesses of Silicon Valley ushered in the idea of a friendly, open concept office space, new concepts in office design have been able to flourish, and the new 'Pixel Facade' concept has the potential to revolutionize the office's relation to the outside world. The design, which was recently shortlisted for the Metals in Construction Magazine's 2018 Design Challenge under the 'Design the Next-Generation Facade' category, features an adaptable facade concept that would give office workers an unprecedented connection to nature.

The Pixel Facade draws on people's innate attraction to nature, or what the designer terms "biophilia". The design consists of a facade that could be installed on the exterior of most existing buildings, creating a series of "break-out spaces incorporating modular planters, shades, and furniture."