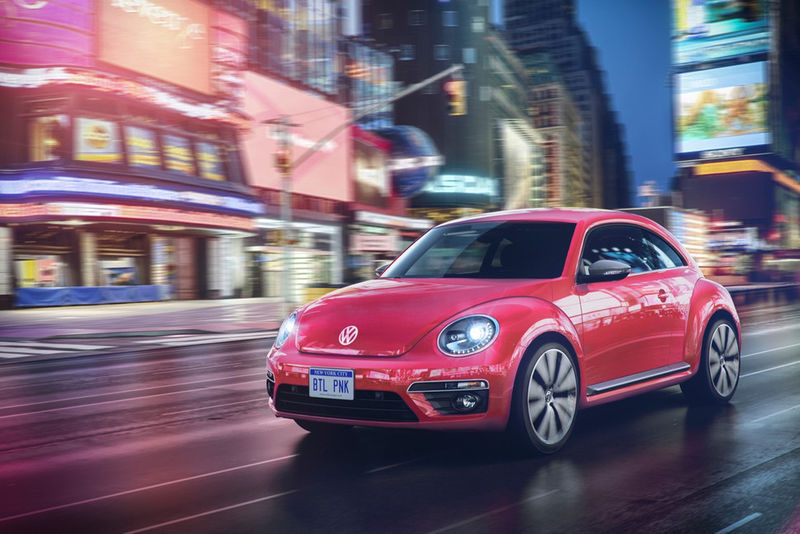 Volkswagen's #PinkBeetle is Named After Its Own Hashtag

Laura McQuarrie — June 2, 2016 — Autos
References: vwmodels & digitaltrends
When Volkswagen displayed its Pink Beetle concept at the 2015 New York Auto Show, it quickly became a social media sensation. At the time, the limited-edition model was only known as the Pink Color Edition, but it has since been re-named with help from social media users—the #PinkBeetle is now the first vehicle that is officially named after its own hashtag.

The 2017 Volkswagen #PinkBeetle is set to go on sale in limited quantities this fall. The striking pink vehicle will be available as either a coupe or a convertible and features a stylish plaid interior, an MIB II infotainment system and compatibility with Apple CarPlay and Android Auto.

Already, the naming of the car has played a huge part in reviving interest in the iconic Volkswagen Beetle model, especially among a new generation of drivers.
4.5
Score
Popularity
Activity
Freshness