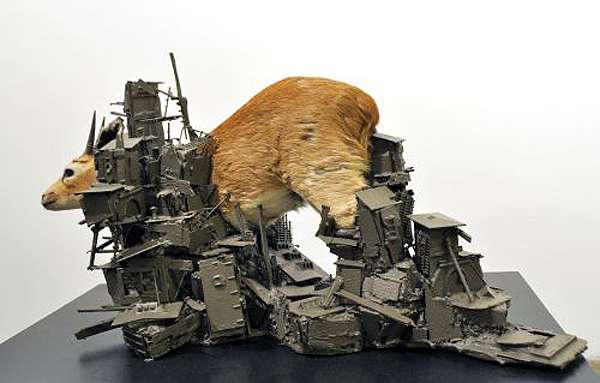 Palsgraaf, of Rotterdam, Netherlands, depicts his conflicting feelings towards urban life, creating works of art that show how city sprawl takes over natural habitats for animals like deer, elk, foxes and birds. The carved houses are shown literally pouring out of the stuffed creatures, depicting how overwhelming and powerful the destruction of forests and natural environments is on the animals who live there.

The molded buildings of the Pim Palsgraaf 'Multiscape' sculptures also show how chaotic the city designs can sometimes be, with structures being set up on top of each other until the feeling of suffocation is almost overwhelming. This is an extremely original and insightful art series, with an important message that many people can appreciate and relate to.
4.2
Score
Popularity
Activity
Freshness
View Innovation Webinars