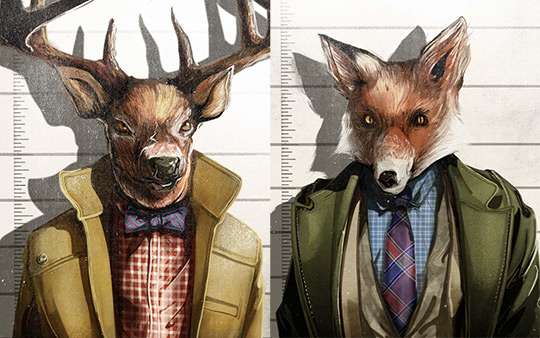 Matt Ho — September 13, 2011 — Fashion
References: pierreponthicks & selectism
The Pierrepont Hicks FW 2011 may look like just a series of illustrations, but it really is just a brand showing a different way of promoting new looks for their accessories this coming season.

Normally when new clothes are being marketed for the season, they use models to showcase what they've got. In the case of the Pierrepont Hicks FW 2011 Collection, the brand has decided to go a completely different route. They've enlisted the help of artist Jonathan Bartlett to illustrate the new neckties and bowties that one can expect -- with animals wearing them. If that's not unusual enough, the concept also shows the creatures in a mugshot scenario. As for the accessories themselves, expect bold, plaided patterns that'll perfectly suit any attire.
6.7
Score
Popularity
Activity
Freshness