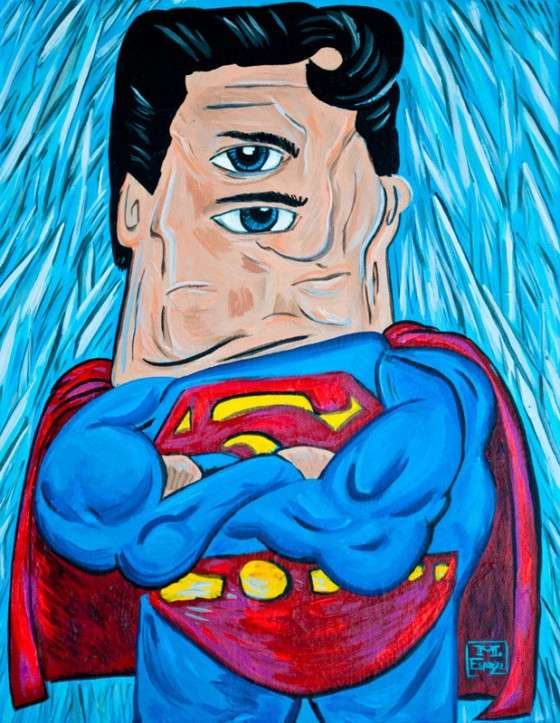 Picasso had a diverse body of work and experimented with many styles throughout his life. To show this, Esparza includes an entirely blue-painted version of Superman, representative of Picasso's "Blue Period."

The playful series makes the characters even more cartoonish, exaggerating bulging muscles and reducing fingers to sausage-like forms. The series is like a cross between a caricature artist and funhouse mirrors, which makes for a funny bunch of portraits.
4.6
Score
Popularity
Activity
Freshness
Jeremy Gutsche Keynote Speaker