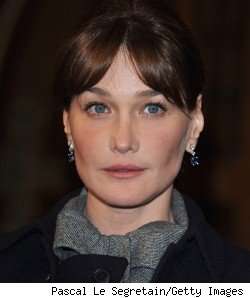 Rose A. Valenta — March 26, 2008 — Pop Culture
References: luxist
Share on Facebook Share on Twitter Share on LinkedIn Share on Pinterest
On April 10th, 2008, Christie's will auction off a nude photograph of French President, Nicolas Sarkozy's wife, which was taken before she was married. Carla Bruni posed for the black and white photo in 1993, when she was a model. It is expected to sell for $4,000.

Carla is lucky that she doesn't have a mother-in-law like mine, who would have banned it from the family album. The only nude photos allowed in there was the one of old Uncle Dominic at age 6 months posed on a davenport atop a crochet doily.
2.5
Score
Popularity
Activity
Freshness
View Innovation Webinars