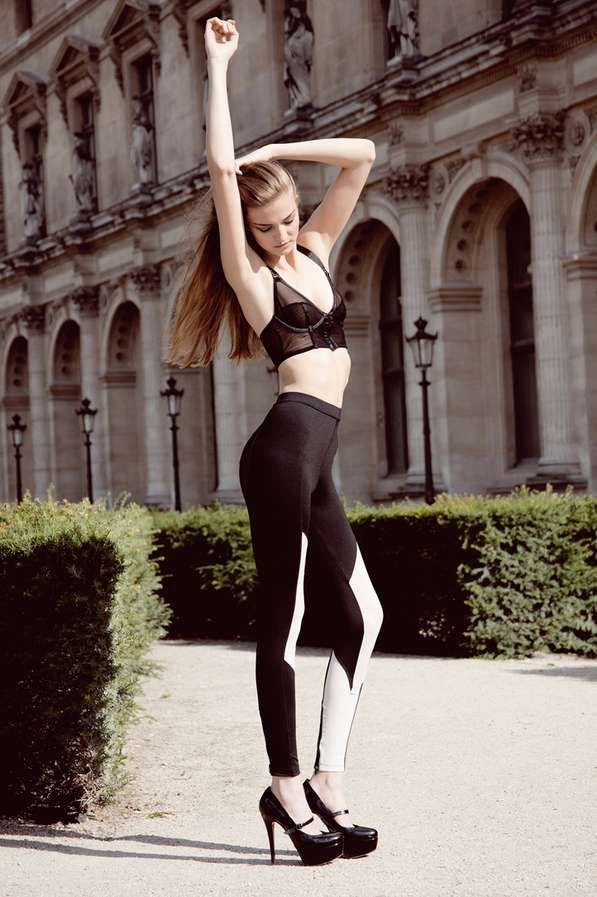 Jordan Sowunmi — August 23, 2011 — Marketing
References: nelsonfaria & bentrovatoblog
Share on Facebook Share on Twitter Share on LinkedIn Share on Pinterest
Brazilian photographer Nelson Faria began shooting fashion photography in his final year of high school back in 2005. Despite only six years in the game, it's clear that the talented young shutterbug has established a unique aesthetic and a style that has mainstream appeal.

The latest in photographer Nelson Faria's portfolio is entitled "Jardin des Tuileries" and was shot in beautiful Paris, France with Emmie of Slides Models. As a photographer, Nelson Faria's greatest skill is capturing the natural beauty and sex appeal in his model's faces and bodies. In "Jardin des Tuileries," he captures Emmie in the middle of a sunny courtyard, clad only in black tights and a bra, exuding the kind of sex appeal that can propel a model from the lower rung of the fashion world up a few bars.

My favorite shot in this collection from photographer Nelson Faria is the one of Emmie on the stairs, gazing at the camera in a manner that effuses sensuality, mystery, and innocence. With shots like these, it's no surprise that Nelson Faria is quickly establishing himself as one to watch in the fashion world. Keep an eye out for the young photog.
6.8
Score
Popularity
Activity
Freshness
Jeremy Gutsche Keynote Speaker