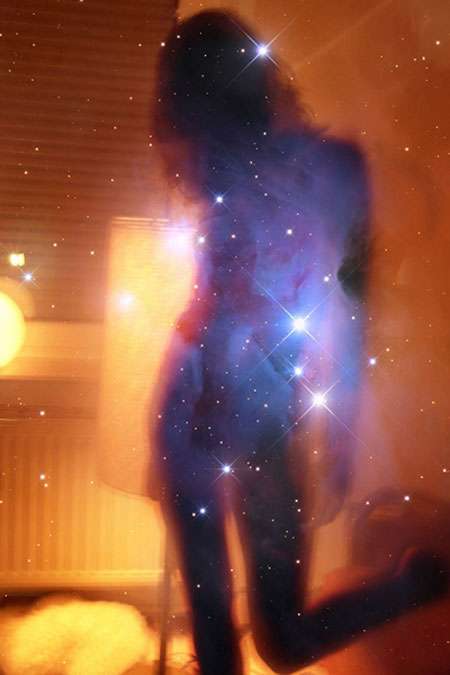 Meghan Young — February 27, 2012 — Fashion
References: brightlightbrightlight & mymodernmet
Share on Facebook Share on Twitter Share on LinkedIn Share on Pinterest
There is a reason why photographer Jaime Martinez was paid to follow recording artist M.I.A. around for the year of 2010: he is a talented creative himself. Since that once-in-a-lifetime stint as the British musician's tour photographer, he has branched off to capture some truly stunning and surreal images. Photographer Jaime Martinez's latest series revolves around celestial silhouettes of real-world models.

Photographer Jaime Martinez superimposes colorful constellations on his subjects, creating a mysterious montage of otherworldly beauty. Although the bedroom and backyard backdrops are detectable behind the starry scenes, the models look like they are being transported to another dimension.