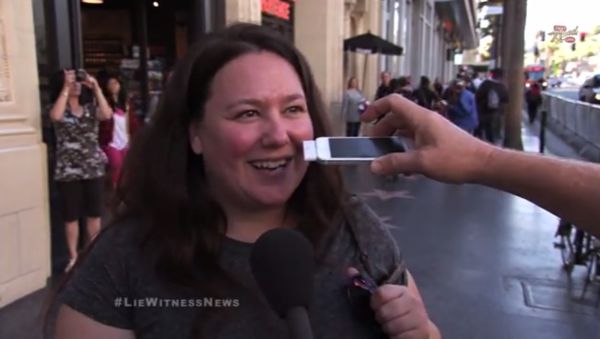 Laura McQuarrie — November 6, 2013 — Unique
References: mashable
Share on Facebook Share on Twitter Share on LinkedIn Share on Pinterest
Before getting into this funny phone prank, Jimmy Kimmel talks about the 'The Scentee,' an iPhone attachment that releases a scent when a text message is received. As amazing as this device is, it is only available in Japan. Although The Scentee is a real, being able to send scents seems like something that is not.

For this edition of 'Lie Witness News,' a piece of ordinary plastic was attached to the phone and people were told that if they named a scent, whatever smell they described would come out of the phone.

The piece of plastic that was attached to the phone had no such ability, but most people were truly tricked into thinking that they were really smelling chocolate, roses and coffee from the attached device. This phone prank is a harmless and hilarious one that might make you question your own senses.
2.3
Score
Popularity
Activity
Freshness
Jeremy Gutsche Keynote Speaker