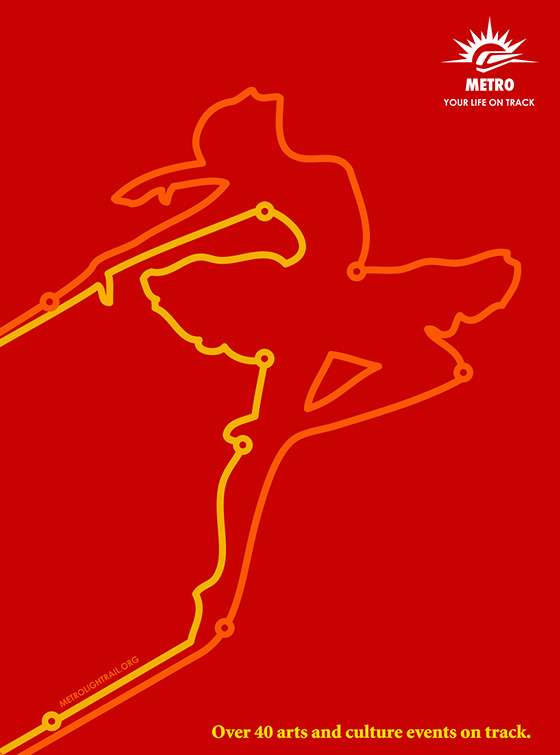 Josh Triantafilou — April 25, 2012 — Marketing
References: parkandco & breakingcopy
Share on Facebook Share on Twitter Share on LinkedIn Share on Pinterest
The advertising agency Park&Co have given Phoenix Metro light rail passengers four words to live by, “Your life on track.” They were commissioned by the light rail operator of the city of Phoenix to produce a series of ads to promote the public transit system. What the agency came up with was simple, on point and, perhaps most importantly, keenly aware of its target audience.

The tagline, “Your life on track,” is an elegant summary of the approach the campaign takes. There are three poster designs that each depict a single human figure using a rail map. What makes this inventive is that there are also three different taglines that correspond to the figures. One poster portrays a ballerina with the line, “Over 40 arts and culture events on track.” Another depicts a basketball player accompanied by the text, “Over 130 tip-offs and buzzer-beaters on track.” The third design features a jazz musician playing a trumpet with the words, “Over 60 clubs, bars and restaurants on track.”