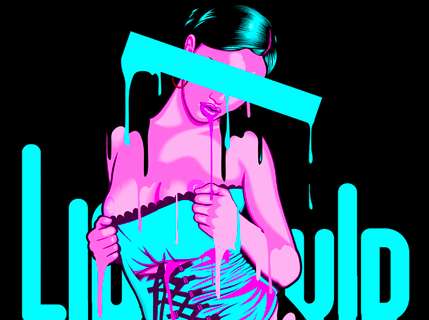 Emily Evans — August 18, 2011 — Lifestyle
References: behance.net & whitezine
Share on Facebook Share on Twitter Share on LinkedIn Share on Pinterest
With big name projects like the Skrillex album cover under his belt, Peter Tarka is well on his way to becoming a household name in the graphic design world. As a Polish graphic designer with a passion for street art, Peter Tarka fuses brand images creatively within many of his pieces.

With logos of companies like MTV, Nike and Adidas aesthetically merged into Peter Tarka's artwork, these saturated masterpieces pop off the page. The raver style of this artwork will have you on a high, while craving more of Peter Tarka's awesomeness.

Implications - Raver culture continues to resurface across the mainstream media with artists like Avicii and Steve Aoki growing astronomically in popularity. The influence of musical artists can have a diverse effect on consumers and thus, should carefully be considered when companies think up which artistic routes to explore.
4.1
Score
Popularity
Activity
Freshness
Get Trend Hunter Dashboard