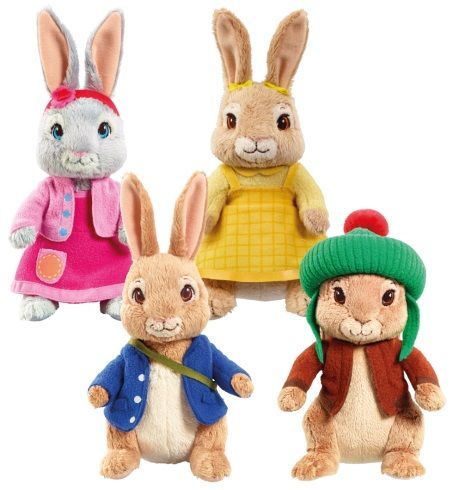 Laura McQuarrie — April 12, 2016 — Life-Stages
References: vividtoysandgames
Share on Facebook Share on Twitter Share on LinkedIn Share on Pinterest
This collection of Peter Rabbit toys features characters from the beloved storybook world. Beatrix Potter's Peter Rabbit was first published in 1902, but it has remained a children's classic ever since. While this book has proved that it alone can stand the test of time, Potter's world was also reintroduced as a two-season CGI animated television series, which sparked an interest among new generations.

In addition to Peter Rabbit himself, this collection of toys from Vivid includes some of the new characters to the storybook universe, including Peter Rabbit's sister Cotton-Tail, young cousin Benjamin Bunny and friend Lily Bobtail.

These soft plush toys for kids stand about six inches tall. While there are many Peter Rabbit Toys that are capable of talking and leading read-a-longs, these low-tech ones are best paired with a storybook and a wild imagination.
2.9
Score
Popularity
Activity
Freshness
Access Advisory Services