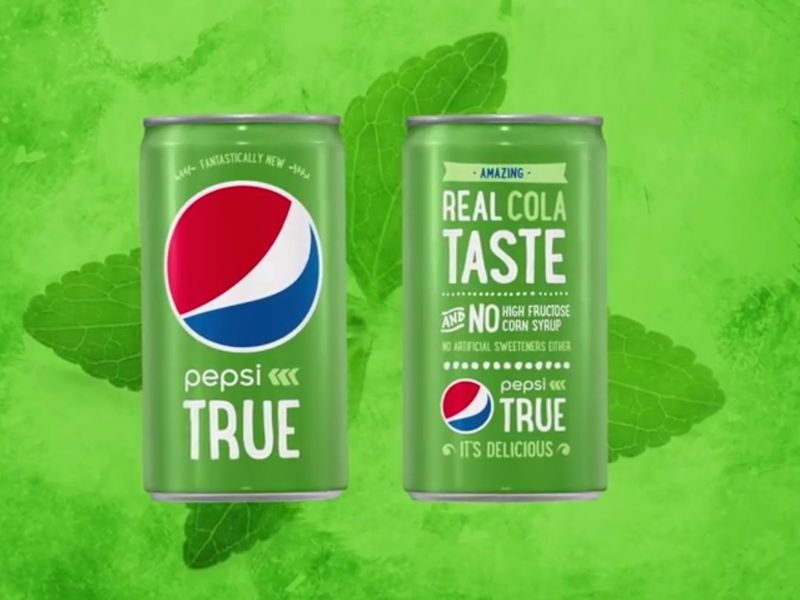 Laura McQuarrie — October 11, 2014 — Lifestyle
References: brandeating & businessinsider
Pepsi True is a new green soda from PepsiCo that contains 40% fewer calories than regular Pepsi. Over the past couple of years, there have been some big movements in the United States to cut down on the consumption of sodas filled with high fructose corn syrup, sugar and other artificial sweeteners, and Pepsi's answer comes in the form of a drink that is made with a natural sweetener, stevia, much like Coca-Cola's Life.

This "mid-calorie" cola is being launched as a drink that falls somewhere between regular Pepsi and the sugarless Diet Pepsi drink. Pepsi True comes in smaller cans, which also helps to satisfy the demand for drinks that are low-calorie and naturally sweetened. Pepsi True will be launched first as an online-only product before it hits stores.
3.9
Score
Popularity
Activity
Freshness