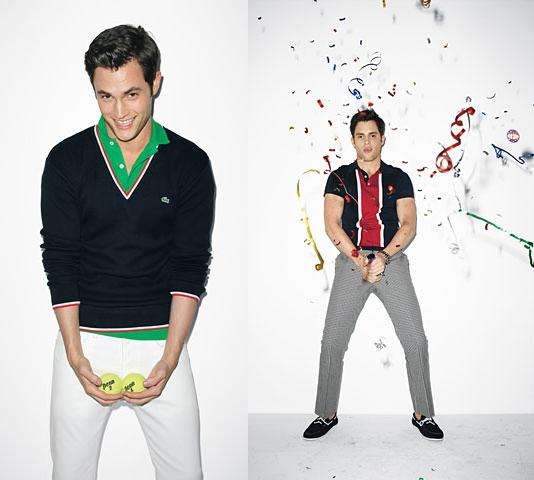 Ayman — December 17, 2008 — Naughty
References: men.style
Share on Facebook Share on Twitter Share on LinkedIn Share on Pinterest
Fans of the TV show Gossip Girl know Penn Badgley as Dan, the reserved & rather conservative nerd who doesn’t fit in quite right in the scandalous world of the rest of the characters. However, Badgley sheds that image away with a rather suggestive editorial in the new January 2009 issue of GQ Magazine.

How did this happen? First of all, as we have demonstrated recently in the cluster below, GQ is famous for using sex to sell. Secondly, the photographer of this editorial is Terry Richardson.

If you are not familiar with Richardson, let me tell you that he is responsible for some of the raciest and most controversial ads of the last decade, including red hot campaigns for Sisley and Gucci.

The last three pictures in the gallery are from a previous shoot.
6.2
Score
Popularity
Activity
Freshness
View Innovation Webinars