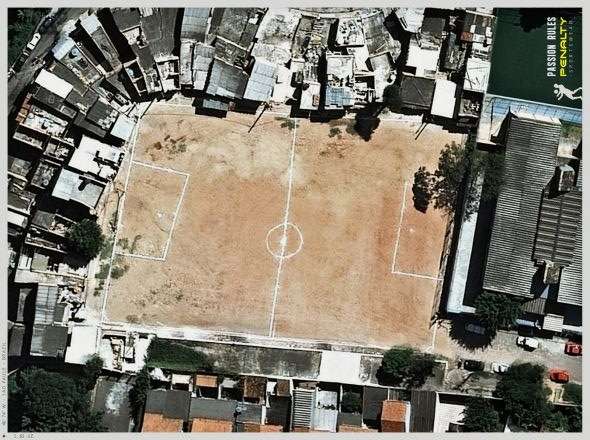 Amelia Roblin — December 13, 2011 — Marketing
References: ginkgo.uy & adsoftheworld
Cities throughout the world are almost unavoidably dense in population and infrastructure, supporting rows and rows of tiny lots with narrow houses touching wall to wall. This Penalty Sportswear campaign captures three of such neighborhoods, evidently starved for space, yet great patches of open earth have been adapted to form irregular soccer fields.

Fed by alleyways and tight driveways, these close-packed plazas have been chalk-lined and expanded to the very limits of the surrounding lots' fences and property lines so that players of the much-loved sport are afforded the maximum amount of area for dribbling, kicking and scoring. This Penalty Sportswear campaign by the Lowe Ginkgo advertising agency of Montevideo, Uruguay, demonstrates the undeniable priority of a place for playing competitive games, even at the expense of proper urban planning.
3.3
Score
Popularity
Activity
Freshness