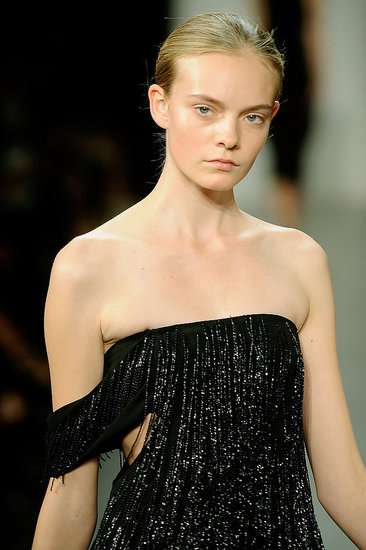 With only peek-a-boo flashes of skin, it was obvious that the designer's focus was not on salacious sexuality, but on leaving some things to mystery and imagination while still taunting and teasing with minute flourishes of the body.

Implications - The models walked down the runway in neutral makeup to let the fashion statements speak for themselves. The featured images show off simple dresses with cage detailing, angelic knee-length dresses and dresses that have been strategically slashed in various places. The color palette is simple, comprising of neutrals, blacks and whites.
1.4
Score
Popularity
Activity
Freshness
Get the 2021 Trend Report FREE