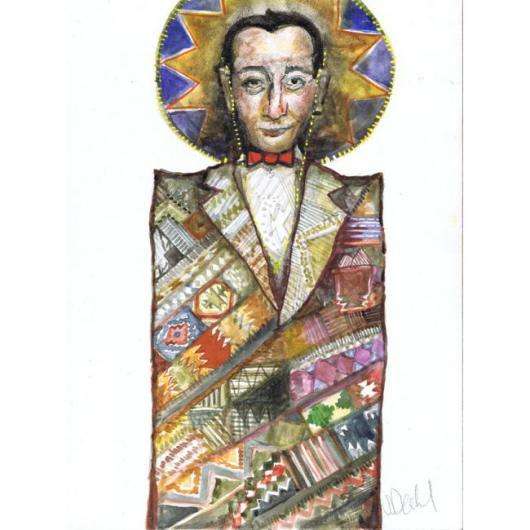 Deborah Kim — August 4, 2011 — Pop Culture
References: hangwithbigpictureframing
Share on Facebook Share on Twitter Share on LinkedIn Share on Pinterest
The Pee-Wee Herman Tribute Show debuted at the Gallery1988 in Santa Monica as part of the I Know You Art, But What Am I? collection. The tribute was created to honor the childlike loner and rebel pop icon for children and adults alike, Pee-Wee Herman. Now that the final collection has been revealed, many more prints have been disclosed to the public. Surprisingly many of the artists have chosen to honor the comedic character by means of a 'Tequila' theme.

The Pee-Wee Herman character was invented by the actor Paul Reubens and his distinctive guttural “Ha Ha,” laugh became the famous character’s catch phrase, along with the iconic “I know you are, but what am I?” The various paintings included in the Pee-Wee Herman Tribute show has re-interpretations of the signature grey plaid suit and red bow tie that he wears. Pee-Wee Herman has always had a special place in my heart, and the tribute show only proves what a huge impact that his character had on children and adults, and the lasting impact that he still has to this day.
1.1
Score
Popularity
Activity
Freshness
Get the 2021 Trend Report FREE

Funny-Man Art Exhibits
I Know You Art, But What Am I? Celebrates Pee-Wee Herman