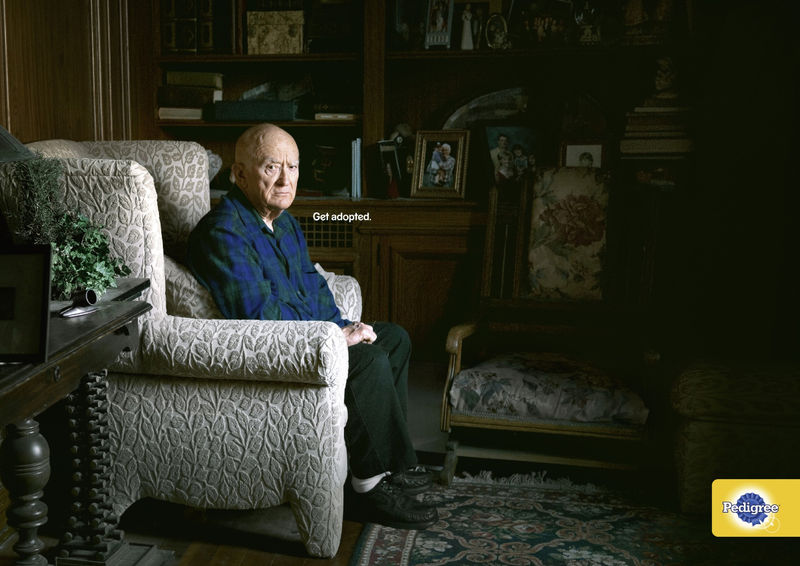 The Pedigree Get Adopted Campaign Focuses on Lonely Souls

Meghan Young — June 28, 2014 — Marketing
References: bbdo & adeevee
Share on Facebook Share on Twitter Share on LinkedIn Share on Pinterest
Sending a simple message, the Pedigree Get Adopted ad campaign can be interpreted in at least a couple of ways. While the first might be the more obvious, that a pet can be adopted by a lonely person, the second is just as powerful and poignant. The pet itself can adopt a lonely person. A small tweak, but a significant one. It simply shows how respected dogs really are.

The Pedigree Get Adopted ad campaign was conceived and executed by the BBDO, an ad agency based in Berlin, Germany. It was art directed by Angelo Maia, with creative direction by Ricardo Wolff, Daniel Schweinzer and Lukas Liske. The despondent images, which are also full of hope, were photographed by Sven Schrader.
3
Score
Popularity
Activity
Freshness
Access Advisory Services