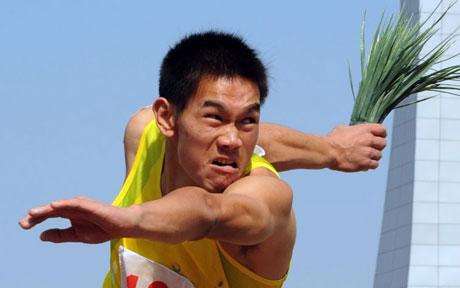 TrendHead — November 7, 2008 — Lifestyle
References: afp.google & telegraph
Rather brilliantly, this is not a one-off event but a series--China’s 6th National Peasant Games, which tests the skills of its 750 million peasant farmers.

These games are held in Unanzhoo and are nothing short of brilliant. Olympic athletes wear modern clothes, but the peasant link is very clear with competitors wearing peasant-style bamboo carrying sticks over their shoulders or carrying baskets full of fake rice seedlings.

This year, a record 3,500 athletes competed in more than 180 events. My personal favorite is the 60-meter rice-transplanting race, which ended in controversy this year when Lin Shiyan was disqualified for mishandling one of the fake plastic ‘seedlings.’ Does sport get any better than this?
0.7
Score
Popularity
Activity
Freshness