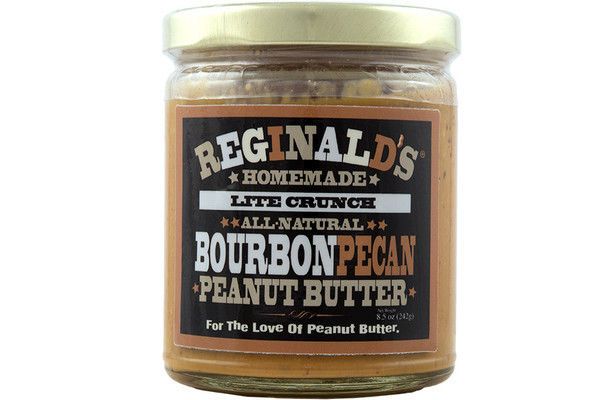 Reginald's Peanut Butter Spread is Infused with Bourbon and Pecans

Laura McQuarrie — January 6, 2015 — Lifestyle
References: reginaldshomemade & mouth
Share on Facebook Share on Twitter Share on LinkedIn Share on Pinterest
Reginald's Bourbon Pecan Peanut Butter spread is described as "Bourbon pecan pie made into a peanut butter." Like your basic peanutty spread, this product is made from dry-roasted peanuts and peanut oil, but it gets an extra decadent kick from ingredients like pecans, molasses, bourbon and vanilla extract. Like a pie, there's creaminess, plus lots of texture and even a little crunch that comes from the chopped up nuts. Knowing someone who is a lover of pie, the taste of bourbon or peanut butter in general, this decadent spread would make a fantastic gift that you're not likely to find while wandering the average grocery store aisle.