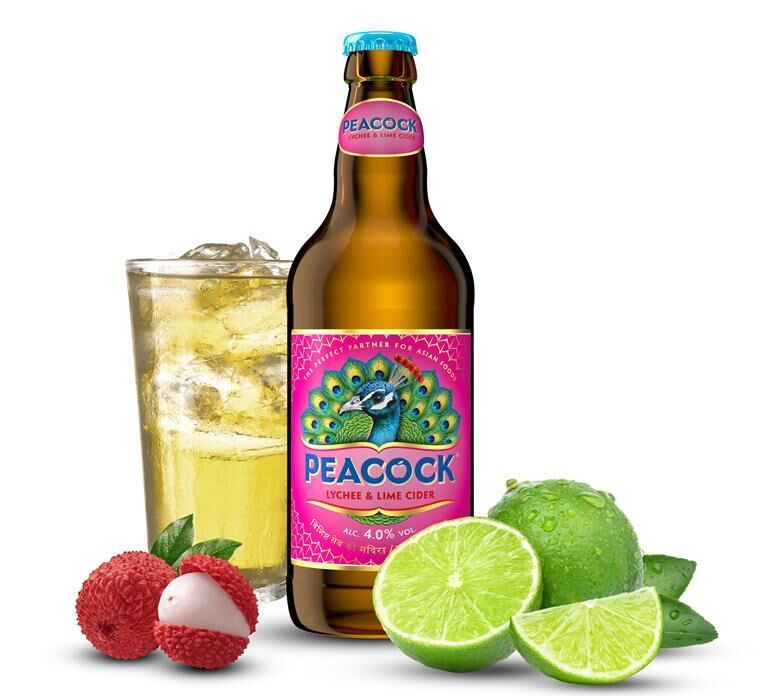 The cider is crafted with a premium flavor and features a 4% ABV, while the company will be donating a portion of each sale with 25p going towards Hospitality Health, Hospitality and Only a Pavement Away. The brand will be promoting the cider with a consumer PR campaign as well as partnerships with prominent Asian food bloggers and influencers to get the word out.

Head of Marketing at KBE Drinks John Price spoke on the new Peacock Lychee & Lime cider saying, "It has obviously been an extremely challenging last eighteen months or so for the hospitality industry, so we are delighted to team up with some of our charity partners on this launch and hopefully be making a significant donation to them. During lockdown UK consumers have been embracing new flavours and the lychee is growing in popularity, in part thanks to the Lychee Martini, so along with the current growth in popularity of fruit ciders in general, we are confident it will be well received by consumers.”
5
Score
Popularity
Activity
Freshness
Jeremy Gutsche Keynote Speaker