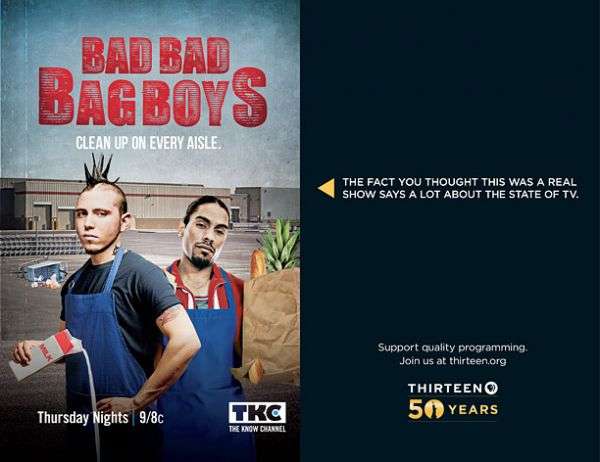 Meghan Young — June 4, 2013 — Marketing
References: thirteen.org & neatorama
Share on Facebook Share on Twitter Share on LinkedIn Share on Pinterest
While the reality television shows being promoted by the PBS Support Quality Programming ad campaign may seem ludicrous to some, others may, sadly, fall for them. The campaign addresses the latter, stating, "The fact that you thought this was a real show says a lot about the state of TV." It really does. Inundated with ridiculous 'reality' shows, television is dumbing down its content greatly.

Those looking for a change don't have to look too far as the PBS Support Quality Programming ad campaign shows. Simply join the station at Thirteen.org to get great information on quality programming. Currently celebrating 50 years in the industry, it airs riveting television shows that are as thought-provoking as they are entertaining.